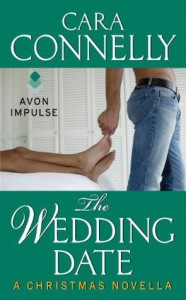 This was short.  It ended at 72% on my Kindle.  The rest of the book was excerpts for this author's other books in the series as well as some other authors.

This is the first book I've read by this author.  It looked like it could be interesting and it was only $.99.  There wasn't anything really wrong with it.  It seemed well edited from the standpoint of missing/extra/misspelled words.  The story just happens so fast.  It happens in about four consecutive days.  Cody is a doctor who is new in town (he's from Texas, ya'll).  He's been in town for very short period of time after having moved from Texas and is looking for a place to live (currently staying in a hotel).  Julie is a realtor and specializes in helping couples find their dream home.  Julie is recommended to Cody as a realtor so he shows up at her office.  She tries to turn him away, but he turns on the charm (he's from Texas, ya'll) and uses his wiles (very blatantly) to convince her to show him some places, even though he's not part of a couple.  It goes from there.  Julie has a hatred of doctors because her fiance died of cancer and she needs someone to blame.  So, that's the whole impediment to hooking up with Cody, the player (he's from Texas, ya'll).  It was just too fast.  And Cody did not seem like a doctor, at all.  He's a doctor, grew up on a ranch, was a rodeo rider, he's a vegetarian and he's from Texas, ya'll.