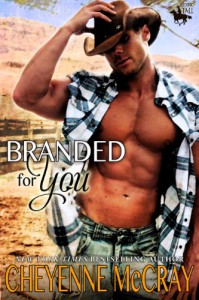 Megan has just divorced her verbally abusive husband after he left her for another woman.  She's packing to move from Albuquerque to Prescott, Arizona to be close to her family when we meet her.  Ryan owns a ranch outside of Prescott and notices Megan at the fair shortly after she moves to town.  Megan is there to meet her sister and niece.  Ryan is there for his nephew and other kids that he works with for 4H.  Megan's sister, Tess, cancels for the fair date because the niece, Jenny, is sick (Jenny conveniently only makes an appearance to be cute or somehow further the plot - big pet peeve of mine about kids in romances).

This was really just okay.  It was predictable and the characters seemed so proper in their interactions.  And perfect.  So perfect.  Well, except for Megan who went camping with Ryan after only two dates.  She didn't tell anyone where she was going or who she was going with.  She also turned off her cell phone and let the battery die while she was camping with Ryan.  Not smart, girlfriend.  Then there was Ryan's weird, "I like it hard and rough" and how he put his belt around her waist to strap her arms to her body and then told her to give him a blow job.  And, that was pretty much the extent of his "hard and rough" - bit of an exaggeration there.

Also, not calling the police when they found the restaurant door had been jimmied was just too stupid.