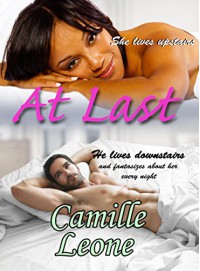 I saw this advertised somewhere and thought it looked interesting. It seems like I might be in the minority, but it's not for me.

Torii is the heroine. She's the "queen" of hair supplies. She's in her 40s. Ethan is the hero. He's a graphic artist. He's a paraplegic thanks to a car accident and he's in his 30s. Torii has been living with family, but recently moved out and now lives in the apartment above Ethan.

Ethan first becomes aware of Torii when she's moving in and has sex in her new apartment with her fuck buddy, Patrick (who happens to be her sister's ex-boyfriend). She makes SO much noise that Ethan hears all her screams and calls the police because he thinks she's being hurt. They later meet in the elevator. Torii tries to strike up a conversation and Ethan is a bit awkward. He finally apologizes to her and she realizes he's the one who called the police. It progresses from there.

So, Torii seems pretty self-absorbed and oblivious to those around her. She's fucking her sister's ex-boyfriend (he's just a booty call to Torii). She purposely hides this from her sister. She's very noisy and oblivious to how it affects her neighbors. Fortunately, Ethan "likes" hearing her.

Ethan is a bit of an emotional wreck. He seems pretty stable at the beginning of the story, but then quickly devolves in to a hot mess when Torii expresses doubts about ruining their friendship. He lashes out and says mean things. He seems to need some counseling.

The story is also in need of a few more good proof reads to catch all the typos and missing words.