I enjoyed this.  Much as I have all of Penny Reid's other books.

I liked Cletus.  I liked Jennifer.  I liked them together, but felt they moved in to the "love" area pretty damn fast.  I was enjoying seeing them slowly realize their feelings and getting to know each other better (Cletus discovering Jenn, anyway), when BAM!, they're declaring love.  I wish the courtship had gone on longer. 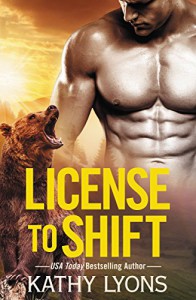 This isn't super great.  The world that the shifters live in is not well-defined.  There isn't anything really remarkable about this book or the first one, but I still have enjoyed them.  Weird. 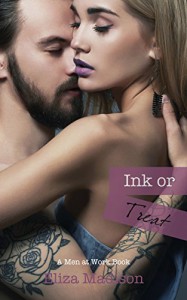 Although it took me a while to get through this (other stuff interrupted reading time), I enjoyed this.  It was short and the characters don't know each other long before they hook up (as the heroine, Grace, does), but the hero, Josh, is smart enough to string it out a little and they develop a connection that keeps them going back to each other.  I liked that Josh was dedicated and persistent. 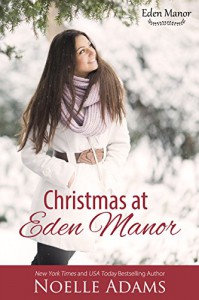 I wasn't sure how I would feel about the hero being so much older than the heroine. I've read the other books in the related series and I've pictured Cyrus as older than "fifties". But, I've liked other things by Noelle Adams that I was iffy about, and I wanted to finish the series. It was really good.

I liked Cyrus. He was rather stern in the previous books and he loosens up here, but not too much to make it unbelievable. Brie was harder to get a feel for. She appears in the Mitchell/Deanna story, but doesn't have a big part. And we don't see her in any other situation here, except for her relationship with Cyrus.

I think this is the wrap-up for the series, but I think it'd be nice if Gordon got a novella or something. :) 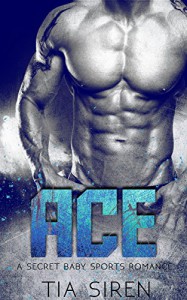 This doesn't contain dark and dangerous themes.  It contains some too stupid to live characters.  Aside from the characters having a past together, I have no idea what anyone sees in anyone else.  The hero drinks when he is upset.  He sleeps with just about anyone.  The heroine makes a martyr of herself.  She lies throughout the story about everything.  But, especially about her daughter.  The hero gets drunk at a bar with some friends, sticks his hand up a strange woman's skirt and then decides he wants the heroine instead, so he shows up outside her apartment shouting and waking up all her neighbor's.  The hero tells the heroine there was a woman earlier in the night, but they still have sex - without a condom.  This was ridiculous.  I'm glad it was free. 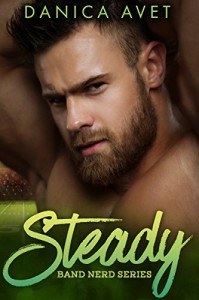 This was good.  I liked the heroine, Kate.  She's down-to-earth and slightly nerdy.  She unknowingly makes some bad choices when it comes to men and gets burned very badly.  She then doubts herself, but not to the point of stupidity.  The hero, Shaun, is pretty great and probably not at all like any real man out in the world, but that's the point, sometimes.  He's hot and completely in to Kate from the very beginning.  Kate has no idea who he is and she does wonder why he's interested in her, but it's fleeting rather than being an entire book of her questioning it.  Shaun does screw up hugely by not telling her a key piece of information before they hook up and that causes a lot of conflict.  I do question why someone that famous, with that much money and as large as Shaun's described to be, would apparently travel coach on an airplane (Kate and Shaun meet when they are seat mates on a flight).  But, the majority of the conflict is around both of their ex-significant others and both of those people are painted so very blackly rather than in shades of grey, that it bothered me a little.  Both of them fall in to the "my ex is completely evil/insane" stereotype and it's a little disappointing.  It also felt like the author regularly switched between past and present tense in the same sentence throughout the book.  I found it very off-putting, but eventually got over it or automatically translated it in my head.  Despite that, I liked this enough that I will keep an eye on the price for the second in the series and pick it up eventually. 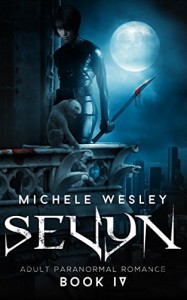 I hoped that I borrowed this via Kindle Unlimited, but I didn't.  I paid $.99 for it and I'm disappointed.  I read to the 20% mark - part way through the fourth chapter.  This is very poorly edited.  And the first few chapters are nothing but an information dump about the heroine and what a badass she is.  Sevyn/Dana is perfect.  She looks perfect.  She acts perfect.  She dresses perfect.  She can fight.  She's a business genius.  Her brothers and father want only to marry her off because that's what they think she's built for, even though they take business advice from her.  Neal is the 10 zillionth body guard that's been assigned to her.  I quit and marked this DNF just after he meets Dana and she tries to shake him off/lose him, as she's done all the other body guards.  Their first interaction is cheesy and I was bored. 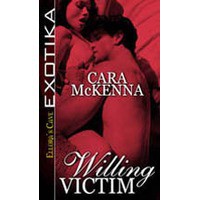 I hate this cover (with the pregnant bare belly), but the book was ok. I'm not sure how I feel about this.  I read through it quickly, so it kept my interest.  I liked Cyn and Foley.  I liked the banter between them.  I liked Foley's persistence and dedication.  I liked that Cyn had body issues and while she dwelled on it so much it became tiring in a way, that is the kind of thing that never really goes away, so it seemed real.  I didn't like that their relationship happened SO quickly.  I didn't like that Foley seemed to withhold a good bit of information about his past.  And I was so sick of hearing about how Cyn was gorgeous and how every guy wanted to bang her.  I guess it's good she had that going for her or she'd never get back her sense of self worth after she let her mother ruin her self image.  :-  Also, I haven't read any of the books in any of the related series, so the end (last chapter, I think), when all the various families started to be mentioned in such a rush, I started to lose interest, rather than wanting to go buy those books and read about those characters, too.

I will probably read Sam's story when it's available.  He seems like he will love hard. 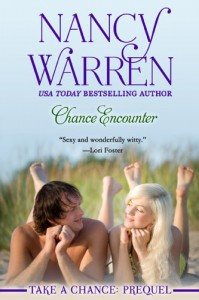 Very short introduction/prequel to a new series.  This is the first I've read of Nancy Warren.  I will probably pick up the first full length - see what it's about.

This was short and quick to read through.  The characters were kind of shallow.  Maybe because the story was so short, but I'm not sure.  Making the story longer might've just made is more maddening.  Lexi is very self-involved and totally oblivious to Mac's feelings.  I would says Mac's inability to tell Lexi how he feels felt out of character for him, but I don't think I got to know him well enough to know if that's true or not.  Honestly, they behaved toward each other like high school kids more than the mid-twenty year olds I think they were supposed to be. I read through this pretty quickly, so I guess that's saying something.  I liked that the romance didn't fall in to place immediately - that the hero and heroine actually disliked each other initially.  But, the crazy around the heroine was a little much. Sadly, I didn't really enjoy this.

Gavin is a biotech billionaire werewolf shifter. Lilah is a college graduate, but unable to find a job within her degree and is really in debt so working temp jobs. I think she's supposed to be intelligent, but she didn't seem that way to me. She lives in a really bad neighborhood with her sister. Gavin has his driver driving his limo through her neighborhood in search of the woman he dreams about (okay....). Gavin's driver hits the neighborhood's stray dog and Lilah runs out to rescue the dog. They recognize each other instantly through the car window as each other's "One" and the crazy goes on from there.

I didn't feel like I really knew either of the characters by the end of the book. There was a bunch of family drama. There seemed to be a lot of contradiction. Derry, for one. He likes women in groups of twos and threes and can never imagine committing to just One. But he apparently sleeps with all these woman because he's looking for the One. But he could never be with just One. Uh huh...

I don't think it was ever explained how Lilah got the job at The Platinum Club. It happened, conveniently, after Gavin first met her on the street - right after she lost her most recent temp job. But, Gavin didn't seem to have anything to do with it. Eva, who runs The Platinum Club, called her out of the blue and offered her the job. Eva is a distant relative to Gavin. And then later described as the daughter to Gavin's father's business partner. I guess she's both. I don't know.

I found it all rather confusing. Too many unanswered questions. I felt kind of unsettled as I was reading from start to finish. The family is weird and antagonistic toward each other. There wasn't any romance to speak of. It's insta-love/insta-lust and crazy sex scenes that I kind of skimmed over. And the Gavin/Lilah story wrapped up very quickly at the end. Maybe some of the drawn out stuff in the middle could've been cut and the ending could've been expanded to provide a bit more explanation about the shifter world, how it works and what Lilah's place in it will now be.

It just didn't feel very cohesive to me, I guess. Maybe if I go back and re-read it, it'll make more sense, but I didn't like either character enough to bother with it.

One Night with the Best Man 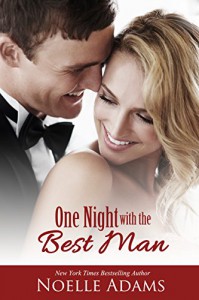 After listening to the audio version, I've come to the conclusion that Justin is a saint and Raney is a drama llama.  After all the mixed signals she sent him, especially with her friend getting involved early on and advising Justin off, she should've had to go to him and explain herself rather than crying in a bathroom (at her friend's wedding reception!) until all of her friends surrounded her and forced Justin to speak with her and clear the air. This was good, but not the best I've read by Shannon Stacey. The characters are likable and seem like decent people. They're pretty honest, don't play games and behave in a pretty mature manner.

Given the reputation Scott has for being somewhat of a player, he seemed pretty invested in Jamie right away. I'm not sure I felt the super intense chemistry they were described to have and I completely didn't buy that the whole firehouse was basically behind them and their relationship. That seems completely impossible given the number of assholes in society. Still, they had a nice story.